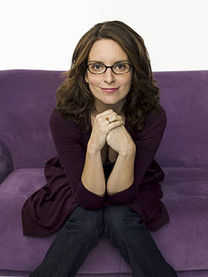 Liz is from the town of White Haven, Pennsylvania, and was born on October 14, 1970 on the border of Maryland and Pennsylvania. Her optimistic family is introduced in season 2. Liz's parents, Dick Lemon and Margaret Lemon (née Freeman), are very supportive of her, at least outwardly. In the episode "The Moms," her mother is said to have worked as a secretary at Sterling Cooper. Liz went to elementary school with Sheryl Crow, co-starring with Crow as one of a pair of kidneys in a 5th grade musical; Liz remembers that they were great friends, but Sheryl Crow referred to Liz in the Season 3 finale "Kidney Now" as a loser. Her brother Mitch had a skiing accident on Sunday, December 8, 1985 when he was a high school senior. Afterwards, he experienced anterograde amnesia, remaining "stuck" in the day before the accident, thinking for the next 22 years that he was still 17 and that it was still 1985. Liz was inspired to become a writer by Rosemary Howard, the first female head writer of Laugh-In. She mentioned that she used to teach improv to senior citizens. In high school, she believed that she was just the unpopular nerd everyone picked on, only to learn years later at her 20-year high school reunion that she was the universally disliked class bully. At Bryn Mawr College, she studied theater tech for which she still has an outstanding student loan, and attended the University of Maryland on a partial competitive jazz dance scholarship. She spent her junior year abroad in Frankfurt, Germany. Liz and Jenna Maroney shared an apartment in a Chicago neighborhood called "Little Armenia" and together dreamed of making it big. Liz and Jenna began The Girlie Show at Second City. Liz became the head writer for The Girlie Show while Jenna became the show's main star. In the episode "Floyd", she reveals that she appeared in an episode of America's Most Wanted, portraying a woman who gets strangled on the toilet.

In the pilot, it is announced that Liz's former boss Gary has died and Jack Donaghy takes his place. Jack immediately decides to retool the show to make it appeal to a larger demographic, starting by firing Liz's trusted producer Pete Hornberger and making her hire unpredictable actor Tracy Jordan as the show's new star. Liz manages to convince Jack to re-hire Pete, but Jack is insistent on making the show center around Tracy and, much to her chagrin, he renames the show TGS with Tracy Jordan.

Liz currently lives in an apartment at 160 Riverside Drive, which is a real apartment complex in New York City; her apartment number is 3B. She has lived there since 2005.