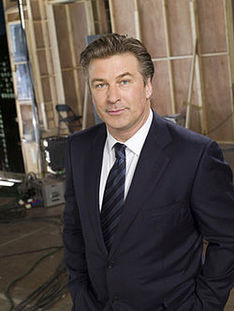 Jack Donaghy had an unhappy and impoverished childhood in South Boston and Sadchester, Massachusetts. When he was two, his father lured him to the edge of a swimming pool with a puppy and pushed him in the pool, and later abandoned his family. His mother Colleen Murphy Donaghy has nagged him his whole life, even blaming him for John F. Kennedy's death and for his father leaving. Young Jack took to calling his collie "Pop" until the dog was accidentally run over by the mailman and left to die in the street by his mother, which caused him to cry. His mother even tried to send him to Vietnam when he was 12 to make a man out of him. He also played hockey, the piano and the flute as a child, prompting his mother to embarrass him by having him play "The Star-Spangled Banner" on said flute in front of his team. He was also the captain of the diving team. Jack was the oldest male in his family and often had to wear his sister's old clothes.

Due to his family's poverty, Donaghy began working at the age of 12, as a stevedore at the Port of Boston. He attended Princeton University, where he played football and baseball for the Tigers, played Maria in an all-male production of West Side Story, was a member of the "Twig and Plums" secret society, and was a classmate of Michelle Obama. In addition to the Amory Blaine Handsomeness Scholarship, his jobs during college included "the day shift at a graveyard, and the graveyard shift at a Days Inn"; recording every word in the English language for the linguistics department (to preserve the perfect American accent in case of nuclear war); and as a janitor at a primate laboratory. He later attended Harvard Business School, which he paid for by working as a Swan Boat operator, and where he was voted "Most" by his classmates. Carly Simon's 1972 hit song "You're So Vain" was, in fact, written by him.

Post college, Jack worked as an intern for Senator Ted Kennedy, where Jack developed an extremely liberal political world-view. At some point, though as yet unexplained, he underwent a complete reversal of his philosophy and became a conservative Republican.

In the years after working for Kennedy, Jack, "thrived" on fear, bow hunting polar bears, climbing Mount Kilimanjaro, once driving a rental car into the Hudson River to practice escaping, showering with Greta Van Susteren and overcoming a peanut allergy through sheer willpower. Jack once practiced martial arts under Chuck Norris, but they had a falling out after he switched to another dojo.

After years of market research, he finally made his "greatest triumph" in the form of the Trivection oven, a product he created at General Electric. It was on the strengths of the Trivection oven that, in mid 2006, he replaced recently deceased Gary to become "Vice President of East Coast Television and Microwave Oven Programming". Jack was the catalyst for bringing Tracy Jordan onboard the NBC sketch show The Girlie Show, despite head writer Liz Lemon's objections. Jack made sure that Tracy was the main star and ensured the show's name was changed to TGS with Tracy Jordan after bribing a test audience with pizza.

The changes do not sit well with Jenna Maroney, who is furious at Liz for giving in to Jack's demands. In fact, Jack doesn't think of Jenna as a priority to the show, citing her ill-fated stint as a spokesperson for ShopRite, and has gone as far as replacing her appearance on Late Night with Conan O'Brien with Tracy just as she is going to promote her new film, The Rural Juror.

In "The Baby Show," it is shown that his mother still constantly calls him and that she now wants to move in with him from her retirement home, which has rocks made of foam since she tends to fall down a lot, in Orlando, Florida. However, at the end of the episode, he blackmails Josh Girard into taking all his mother's calls for him for the rest of Josh's life (Jack says that his mother will outlive Josh - "she's like Castro"), since Josh has a flawless "Jack Donaghy" impersonation.

In the wake of the episode "Fireworks," Jack is demoted to "Vice President of East Coast Television" when CEO Don Geiss takes his "Microwave Oven Programming" duties away from him, although a comment to Liz suggests that it may have been given back to him. At some point, he wrote a book entitled Jack Attack: The Art of Aggression in Business.

Acting on Don Geiss' advice, Jack gets engaged to Christie's auctioneer Phoebe. However, Liz later discovers that Phoebe is actually an unscrupulous gold digger. Jack refuses to believe this since Phoebe had told him that Liz is infatuated with him and he decides to continue with their wedding. The situation is resolved in the season finale, "Hiatus," when Jack has a heart attack during an argument with his mother and Phoebe and realizes that he is not in love with Phoebe. Also in "Hiatus," Jack's middle name is revealed to be Francis.

At the start of season two, Jack has recovered from his heart attack and becomes a candidate to succeed Don Geiss as CEO of GE, competing against his arch-rival, Vice-President of West Coast Television Devon Banks, who, despite being openly gay, has gotten engaged to Geiss' daughter Kathy. Later in the season, Jack wins the coveted job of Geiss' replacement, only to lose it when Geiss slips into a diabetic coma. Banks makes a power grab, convincing the board of directors that the CEO's seat should stay with the family and getting his fiancee Kathy appointed, with Banks as the power behind the throne. Jack is demoted and humiliated, and leaves GE for a position in George W. Bush's administration. This proves to be hopeless, and Jack attempts to get himself fired. He succeeds this by funding a "gay bomb," a weapon that would cause enemy soldiers to "go totally gaybones for each other." The chemical warfare is accidentally released in a secret war bunker, and it is implied that Jack has sex with Dick Cheney. This implication is furthered when Jack confesses his sins to an ill-prepared priest in "St. Valentine's Day."

Season Three sees Jack starting again at GE - in the mailroom, and working his way up to the top again. Jack contemplates sleeping with Kathy Geiss to save the company from Devon's plan to shut GE down completely for two years, but is able to avoid this with Liz' help. In the end, Kathy signs a contract making Jack her main business advisor, and Devon runs away. Don Geiss emerges from his coma shortly thereafter, but stuns Jack with the news that he has decided to stay on as GE's chairman after all. Jack remains in his position as head of NBC, telling Liz Lemon how many times an episode she can use the phrase "Cat Anus."

At the end of season three, Jack discovers that Jimmy Donaghy is not his real father. Similar to Mamma Mia, Jack finds that he has three possible fathers. Liz invites them to TGS saying they won a contest, and Jack quickly finds that his father is Milton Greene, a Bennington College professor. Getting in an argument with Milton about politics, he says to Liz that he does not want to tell Milton, but Liz convinces him otherwise. After Jack tells Milton that he is Milton's son, Milton tells Jack he needs a kidney or he will die. Jack finds that he is not a match and organizes a "We Are the World"-type charity called "Kidney Now," with celebrities singing a song that asks anyone who is a match to give Milton a kidney.

In season four, Devon Banks comes back at Jack with a revenge plan involving the United States government trying to shut down GE. Jack is able to get out of it and it is not known what happens to Devon. In "Secret Santa," Jack is described by Jonathan as being the "best gift giver in the world." One year, Jonathan bought Jack a $95 bottle of olive oil for Christmas and in return Jack had Jonathan's sister released from a North Korean jail. When Liz and Jack finally agree to exchange gifts, they agree on spending zero dollars for each other (with both trying to one-up the other). Jack has Jonathan drive all over Pennsylvania to find a program of Liz's production of The Crucible, framed in wood from her stage and not reimbursing Jonathan for gas. Liz calls in a bomb threat at Penn Station(getting Frank, Toofer, and Lutz arrested in the process) to keep Jack's high school crush in town. Finally, Jack brings in Larry Wilcox in character as Jon Baker for Liz.