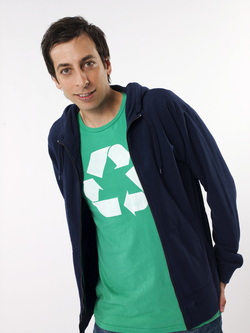 Josh Girard is a young and immature TGS writer and co-star, known for his impressions, who was the male star of the show before Tracy Jordan was hired. Liz found him while he was opening for a puppet. He, Tracy and Jenna Maroney were the three main actors on the show. Apparently, Josh formerly acted as a writer as well as star of the show, and was frequently seen in the writers room brainstorming, whereas Jenna and Tracy are not, though his appearances decreased as the series progressed until Ross was finally written out in season four.